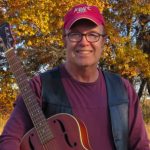 Active 1 day, 1 hour ago
@mike-heilman John Bennett posted an update a minute ago @sr23522008 Hi Mike, I am writing to tell you some great news about our new and improved MACS website at http://macsmn.org Now you will be able to set up your own Artist Profile Page complete with photos, recordings, videos and links to your other sites that you can install yourself. You […] View
John Bennett's gallery/EASTER SUNDAY’S COMING

It all started at midnight in the Garden of Gethsemane.
Three times Jesus prayed Father take this Cup me
Your will not mine is all I seek
Sweat and blood and tears rolled down his cheek
Jesus saw the Guards coming and He stirred the disciples awake
The Pharisees conspire with Judas with a kiss he did betray
They arrested Jesus on the spot the disciples ran away.
It’s only Friday morning, but Easter’s on the way.

The Pharisees questioned Jesus and charged Him with blasphemy
They asked Him are you the son of God? He simply said I am
The same crowd that cheered for Jesus when He entered Jerusalem
Now they screamed, crucify Him and then He was condemned
Falsely accused and abandoned the disciples were sent running
even Peter denied Him three times while the rooster was still crowing
The Pharisees accused Jesus and demanded the death penalty.
It may be Good Friday but Easter Sunday’s coming

As the spikes drove though His hands and feet
The Cross raised Jesus hung in utter agony
On the left and right He was hung between two thieves
It may be Good Friday but Easter Sunday’s coming
Jesus took punishment for us and bore that penalty
He asked Father why have you forsaken me?
forgive them, they know not what they are doing
Then Jesus died and spear was thrust into His side 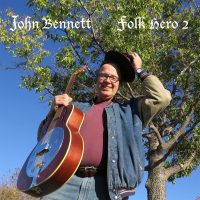